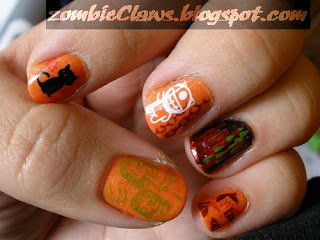 As I promised yesterday here is a treat. The franken I did yesterday is the base for this Mani. I named that franken Jacks Lament. 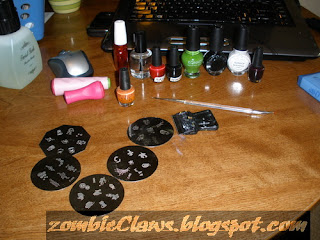 I used a bunch of stuff to make this Mani. I had things covering half my dining room table. Good thing I was home alone. 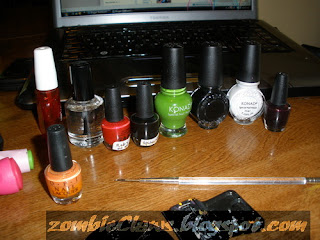 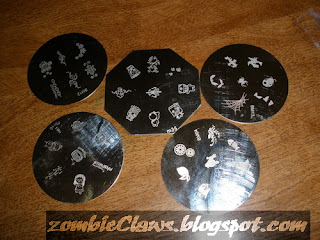 As you can see I used 5 plates for this Mani... that's alot for me. Maybe alot for most people really. 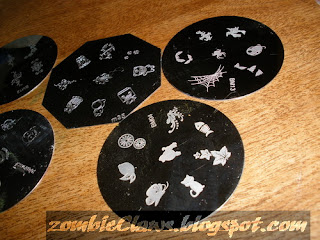 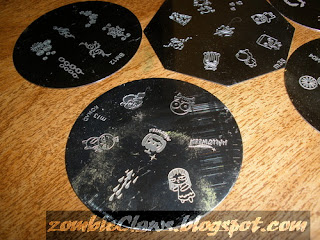 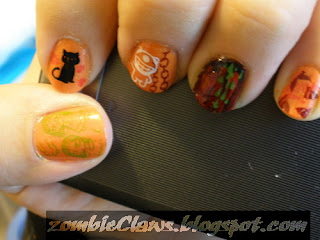 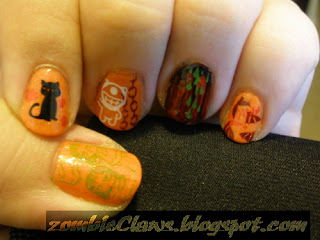 From pinky to thumb: Bats around the word halloween, monsterblood against a rusty wall, a cyclopse and his chains of bondage, a black cat and bloody paw prints, a swarm of zombie girls. 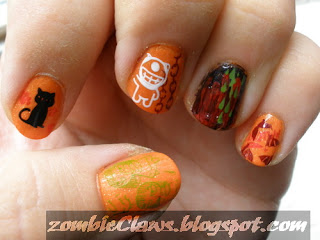 I tried to get my thumb design to show up but it really didn't photograph well. Its zombie girls. The crap-camera makes them all washed out something terrible.